Entecavir, Tenofovir Comparable in Patients with Treatment-Naïve Chronic Hepatitis B 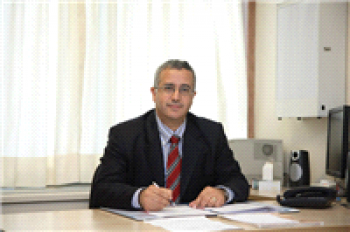 SAN FRANCISCO, CA—Third-year results of a “real-world” cohort study found the antivirals entecavir and tenofovir provided comparable efficacy for treatment-naïve patients with chronic hepatitis B and high genetic barriers against resistance, a study concluded at IDWeek 2013.

Although HBeAg seroconversion rates at year three were significantly higher with entecavir, the rates increased with time in both groups and were converging, reported Dr. Fehmi Tabak of the department of infectious diseases at the Cerrahpasa Medical Faculty, Istanbul, Turkey and colleagues.

“Realist” is an observational study that included 466 eligible patients with treatment-naive chronic hepatitis B from 11 centers throughout Turkey since November 2008. In this study, the investigators compared demographic data and treatment responses of patients prescribed entecavir (n=134) or tenofovir (n=130).

Baseline HBV DNA and ALT levels and fibrosis scores were similar in both groups, Dr. Tabak noted. HBeAg positivity was observed in 28% of patients in the entecavir group and 35% of those in the tenofovir group; no significant difference was observed between the two groups.

Mean treatment duration was 32±11 months in entecavir group and 27±13 months in the tenofovir group.

After 3 years of treatment, no significant difference was observed between the two groups in terms of undetectable HBV DNA levels and normal ALT in patients who were HBeAg negative and chronic hepatitis B-positive (P=0.84). HBeAg seroconversion rate after the third year appeared to higher in the entecavir group (38%) compared with tenofovir (20%; P=0.04).

“HBeAg seroconvversion rates were increasing with time in both groups and were approaching to each other, noted Dr. Tabak.

The number of people newly diagnosed with HIV/AIDS in Turkey increased to 1,700...

IDWeek 2014: Hepatitis B Relapse Is Common After Stopping Antiviral Therapy"

Hepatitis B virus (HBV) rebounded in nearly 80% of people treated with fully or...

Entecavir, Tenofovir Comparable in Patients with Treatment-Naïve Chronic Hepatitis B"


The content of our website has been created in order to inform the guests. The information provided within the website, can not replace any doctors treatment and consultation. Based on these resources, starting the medication treatment or change of the current treatment are abolutely not recommended. The content of our website, should never be considered for personal diagnosis or any treatment methods. There is no intention regarding the advertisements that are against the law in our website. © 2010 - 2022, All rights are reserved. Privacy Policy. This website is created by CEOTECH . For further information: click.